*This interview was published in July 2012, as part of my review of Nancy's debut novel The Crown, which can be read here.

On July 5th, The Annual Crime Writer's Awards are announced and Nancy Bilyeau's debut novel, "The Crown" has been nominated for the prestigious Ellis Peters Award.  Sir Read-A-Lot caught up with her during a quiet moment and she very kindly agreed to be taken to my very own "Tower" to be interrogated!

You have had an eclectic career as writer, from Rolling Stone magazine to Tudor England is quite a jump.  Have you always wanted to write historical fiction?

I inhaled historical fiction ever since was a teenager but never thought I would write it myself, to be honest. I worked on my college newspaper and got my first job as an editor after graduating. I needed to support myself, so I worked steadily in journalism for about 20 years. But when I had children, that seems to have triggered some longing I had to write fiction. So even though I had NO time to write a novel, I became obsessed with doing it anyway. That’s why it took me five years to research and write The Crown. Even though the research was hard, and I had to take a lot of classes and join a few workshops to get the writing right, I still felt pretty comfortable with my choice to write a historical story because I’d been reading these novels my whole life. That’s why when aspiring novelists want to jump around in genres in hopes of finding something marketable, I advise them: Write a story you would sincerely want to read yourself, because your genuine interest and passion for it will fuel you through the difficult stretches.

Tell us about your debut novel, “The Crown”?

It’s the story of a Dominican novice, Joanna Stafford, in a priory in Dartford who learns that her cousin, her closest friend from childhood, has been found guilty of treason in the rebellion against the king and must burn at the stake of Smithfield. Joanna decides to break the rules of enclosure and stand by her cousin’s side. That decision puts her on a very dangerous path and she comes into the grip of some of the most powerful men of the kingdom. They force her to help them in a conspiracy to find a mystical object that Bishop Stephen Gardiner believes could halt the Protestant Reformation. 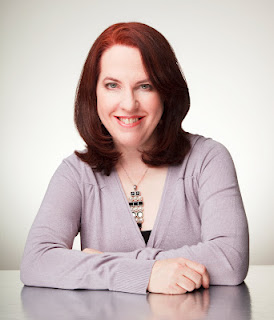 Your research is truly spectacular and you draw the reader into Joanna Stafford’s emotional torment right from the off, how easy was it for you weave fiction around the historical facts?

I love creating my own characters and weaving suspenseful plots and coming up with twists and reversals. But I also love reading about people who lived in the 16th century and finding those little-known facts that shed new light on their character. So it was a pleasure to pull “real” people into my fictional story.

How did you research the novel?  Had you visited any of the places that you have included in the story?

I read a great many biographies and nonfiction studies of events in the 16th century and books about monastic life. I read the letters and papers from the reign of Henry VIII. I read about the reign of King Athelstan.  I have been to Dartford and walked the perimeter of the ruins of the real priory. And I’ve been to the Tower of London and Smithfield.

Being nominated for the CWA Eliis Peters Award is testament to the work you put in to writing “The Crown”, how did you feel when you found out you had been nominated?

I know it’s a cliché but I could not believe it. I just kept staring at the computer screen, at the email from my editor at Orion Books. Then I was ecstatic, not least because I am a tremendous fan of Ellis Peters. This is the first time I’ve been nominated for any fiction I’ve written.

I understand the continuing story of Joanna Stafford is being told in your next story.  What can you tell us about it?

In The Chalice, Joanna is a nun without a nunnery and she’s a nonviolent person in a very violent time. She gets caught up in a new conspiracy, this one is international and more dangerous and high-stakes than the mission of The Crown. It’s a darker book, with the main characters of The Crown going forward and a lot of new ones too. And in The Chalice Joanna Stafford does come face to face with Thomas Cromwell!

Fun Question – which three characters, real or fictional, would you have as dinner guests?

Elizabeth I, Queen Zenobia of Palmyra, and Mary Wollstonecraft.

Fun Question – if you could be a fly on the wall at a specific event in history, which one would you choose?

I have to admit to being obsessed with the mystery of the death of Amy Robsart, wife of Robert Dudley. I would like to be hiding in the shadows of her house that day and see if she fell down the staircase all by herself!