It is 1944 and France is resisting the Nazi invasion as best as it can, hoping that the rumours of an Allied invasion come to fruition.  Two sisters, Monique & Claire McCleash are part of the Resistance but they operate in totally different spheres.  Claire goes on operations, ambushing and killing German soldiers whereas Monique goes to a well known club and seduces German officers in order to garner intelligence that could prove useful to their movement.

Monique's role is a constant source of hurt and betrayal to Claire and the sisters are battling each other as much as the Nazis.  When their Resistance cell is in danger of being discovered, a series of tragic events reveal family secrets that will have the power to rip the McCleash family apart or make it stronger than ever. 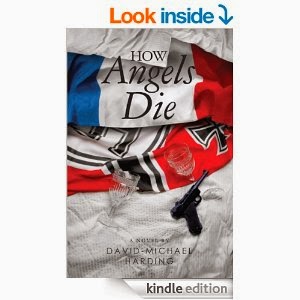 This is an extremely well-written and disturbing independent novel.  It is rare that an author will examine the role of women in wartime, especially ones who take such a dangerous and proactive role in resisting their oppressors.

The plot is simple, but fraught with suspense, intrigue and danger.  You immediately strike up an affinity with both of the McCleash sisters and David-Michael Harding has a talent for creating flawed characters who find themselves at war, not only with an enemy force, but with people they love.

This book is not easy reading, it will challenge your perceptions and morals but saying that it has been produced to a high standard and the quality of the prose, the construction of the plot and the creation of the characters are perfectly executed.  This is a very good novel and I look forward to reading more of Mr Harding's work.

In 8th Century Europe, the Frankish-Saxon War rages and the legendary warlord Charlemagne is ruling over conquered lands.  His brutal method of war is effective and he begins to feel the long campaign is nearing its end and looks to build a prosperous and stable society where peace and prosperity are in abundance.

A local, seemingly unassuming boy named Sebastian has taught himself to read alongside honing his battlefield skills and his years to diligence stand him in good stead because Charlemagne notices him and he becomes a close confidante of the King.  And then the politics and intrigue of Court begin to hinder Sebastian's rise as the jealousy and ambition of his peers begin to surface.  His rivals are quick to judge his open opposition to the brutal methods used by Charlemagne as Sebastian tries to show him a different method, one that wins hearts and minds rather than shatter spirit and obliterate opposition.

Sebastian's cousin, Konrad, does his utmost to destroy Sebastian and he finds himself increasingly isolated.  Can a man hold his principles and morals whilst those around him disregard their own in order to discredit him? 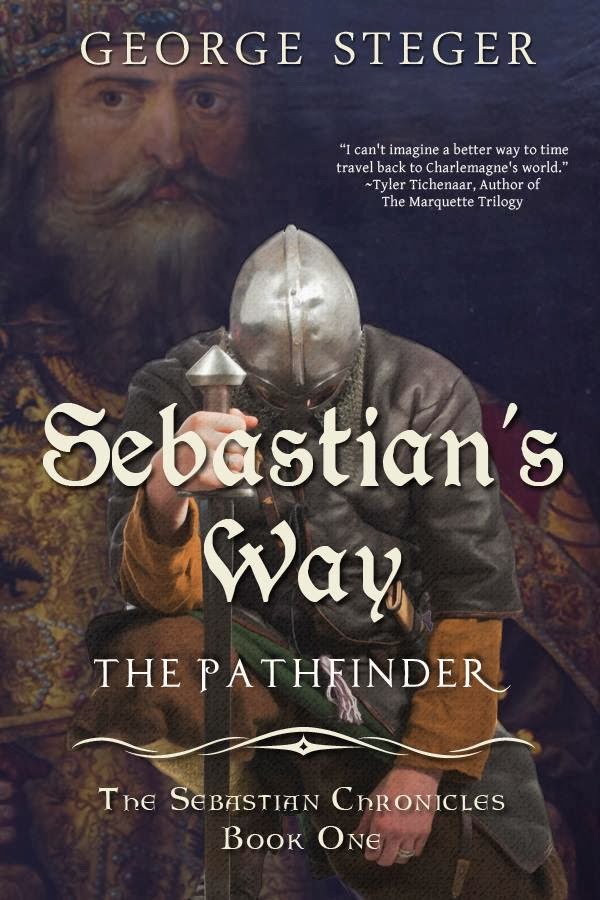 Review:
This is a boys own adventure that will keep you interested from beginning to end.  I know little about the life and times of Charlemagne but found myself looking him up and finding out more about this most fascinating character.  I cannot comment on the historical accuracy of the novel but it has been written by a Professor of History who knows the period and is very familiar with Charlemagne, so one would assume the accuracy is pretty much spot on.

There is a lot of brutal violence in this book, so if you prefer your history a little watered down, this story may not be for you.  But saying that, the character of Sebastian as a moral conscience is a good foil to the bloodthirsty Charlemagne.  Some would argue the character is a little too 21st Century in his outlook, but overall it works extremely well.

This independent novel is  a solid debut for Colonel George Steger and I look forward to the next volume in the series.  I give Sebastian's Way: The Pathfinder 4 Crosses.