Behind The Queen's Vow - A Guest Post by C.W. Gortner

I am starting the new year with a first.  I am proud to hand over the keys of my Virtual Castle to best-selling author C.W Gortner!

Christopher is half-Spanish by birth and his love of medieval Europe is clearly demonstrated in his novels.  His latest paperback "The Queen's Vow" was released in the UK yesterday and recants the early life of Queen Isabella of Spain.  So without further ado, please welcome Christopher to my Court of Historical Fiction!

Behind The Queen’s Vow: Isabella of Castile and her Myth

Isabella of Castile is one of those historical characters who generate strong reactions. When I began to tell my friends that I was writing about her, I heard everything from, “Ooh, you’re so brave to tackle her” to “Didn’t she burn everyone?” to a flat-out: “She was a monster.”

I’ve always been fascinated by famous women with controversial reputations, as evidenced by my previous novels about Catherine de Medici and Juana la Loca, who, coincidentally, is Isabella’s daughter. But I must admit, while growing up in Spain all I heard about Isabella (in Spain, she’s properly known as Isabel) was that she was this near-saintly queen who united Aragón and Castile through her marriage to King Ferdinand, conquered Granada, sent Columbus to find the New World, and . . . well, that was about it. I’d also visited her tomb in several times as a child, but I was more taken by the lurid fate of her willful daughter, Juana, the queen who went mad out of love— a fascination that eventually resulted in my first novel, The Last Queen.

It was while writing that book that I first did significant research into Isabella’s life. I focused mainly on her later years and found myself deeply affected by her struggles. She outlived two of her beloved children only to die at the age of fifty-three, leaving behind a bereaved nation and uncertain future. No one could argue that she was both stoic and indefatigable in her commitment to her country. But, who was she before she became queen? How did becoming the first female ruler of a united define and shape those later years? I was fascinated by these questions, and evidently so were many of the readers of The Last Queen, who sent e-mails and letters asking me to write more about Isabella.

Nevertheless, when I finally decided to do so, I knew I’d set myself a formidable task. For though she has all the hallmarks of a formidable heroine, Isabella is also shrouded by historical condemnation, often seen as the narrow-minded fanatic who gave rise to the Inquisition and callously evicted the Moors and Jews from Spain. Infamy clings to her, and as history has been revised by more enlightened times, she’s taken the brunt of it. I’d confronted historical calumny before with my characters, however, and my task as a writer is not to judge what happened but rather to reveal why. I also try my utmost to not view the past through the prism of the present. The world which Isabella of Castile knew was vastly different from our own, and its contradictions shaped her in unexpected ways. 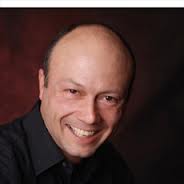 First and foremost, Isabella was exceptional for her era.  Publicly and privately, she fought against the dictates of society and its prohibitive limitations on women, intent on forging her own path. She also faced a unique set of circumstances that had been the bane of her predecessors—a fractured kingdom weakened by centuries of strife, overlaid by an uneasy religious amalgam that made both uniquely tolerant, and conversely, rife with divisiveness. Isabella inherited a land that was literally falling apart, in desperate need of unity if it was to survive the hostile encroachments of neighboring powers. Destined to become ’s architect, who would guide her new-born country into a new age, Isabella achieved the impossible. Yet, like so many rulers before and after her, she also made tragic mistakes.

The Queen’s Vow portrays the extraordinarily complex and fallible woman behind Isabella’s legend. From her forgotten youth when no one believed she was destined for greatness, to her frightening plunge into the cesspool of her half-brother’s court and the unexpected loss that propelled her into a dramatic fight for her throne, as well as her passion for a prince she was forbidden to wed and her courage as a neophyte ruler, which molded her into the queen who irrevocably changed the world, this is a story of grandeur and passion, triumph and sacrifice. It is a story of a princess who defied every odd and took to battle, of a devoted wife and mother who endured heartbreaking betrayal, and of a devout woman secretly torn between faith and country. It is a story most of us have never heard.

Was Isabella of Castile everything that has been said about her? Or, has history only given us part of the truth?  I leave you to find out.

I sincerely hope you enjoy The Queen’s Vow.

Thank you for spending this time with me. To find out more about me and my books, please visit me at: www.cwgortner.com


Read my review of The Queen's Vow here

Buy The Queen's Vow from my Amazon Store
Posted by Unknown at 08:04