The fate of Tudor Nuns - a Guest Post by Nancy Bilyeau

It is with great pleasure I present the keys to my Castle, once again, to Nancy Bilyeau.  In her recently published second novel, "The Chalice" (which I've reviewed here), ex-nun Joanna Stafford attempts to find her place in the world after the dissolution of Dartford Priory.  But what was it like for the nuns of Tudor England in the face of such adversity?  Nancy pulls back the curtain of time and take us back 500 years to a time when the Catholic faith was in real danger of being decimated and when followers of the faith were in fear for their lives.

Nancy also provides an exclusive excerpt from "The Chalice" for you to read!  Over to you, Nancy! 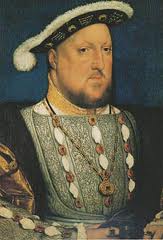 THE TUDOR NUNS’ FATE  & AN EXCLUSIVE EXCERPT OF THE CHALICE

In my recently published second novel, The Chalice, I continue to write about the life of a young Dominican novice in the time of the Dissolution of the Monasteries. My first book, The Crown, was set, in part, in the Dartford priory that was the only house for Dominican sisters in England. The Chalice takes up the story after the priory has been “surrendered” to Henry VIII, who ordered it demolished and a royal manor house built atop the rubble.

What happens to a woman who entered a religious life because of a calling but is forced from her sheltered home because of a fast-moving Reformation imposed from above? This question is hard to answer from the historical record.  Roughly 1,800 nuns, 1,600 friars and 5,000 monks were expelled from their religious orders in the 1530s. Henry VIII had launched commissioners to investigate the monasteries for corruption and decay. Not surprisingly, all were found wanting. “Reform” was not the point—extinction was.  Those who protested or refused to submit to the royal will were severely punished, with imprisonment or execution.

More than 1 million pounds was transferred to the royal treasury in the Dissolution. The king vowed that this wealth would be used to found or enhance religious, charitable and education establishments. Historians now say that no more than 15 percent of the secured wealth was used for these purposes. Some of the money was poured into the king’s building plans, such as the Palace of Nonsuch. Much of the rest paid for Henry VIII’s invasion of France in 1544.

The abbeys themselves were either demolished and stripped of their value down to the lead or awarded to courtiers loyal to the king. Many of the nuns, friars, and monks were given fixed small pensions, but they proved inadequate to the inflation and coinage debasement that ravaged England in the 1540s and 1550s. Ambassador Eustace Chapuys wrote to Charles V: “It is a lamentable thing to see a legion of monks and nuns, who have been chased from their monasteries, wandering miserably hither and thither, seeking means to live.”

In The Chalice, I base my depiction of life after the destruction of Dartford Priory on historical research. A group of former nuns did live together in community near their former priory. Others sought shelter from the families they’d parted from years ago. And perhaps others, as with my Joanna Stafford, struggled to maintain some independence. 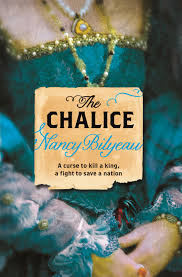 Here is an excerpt from The Chalice that addresses life after the Dissolution: