An Interview with Michele Kallio, author of "Betrayal"

Betrayal by Michele Kalio has received critical acclaim over the last few months and has been recommended by the HNS and, on July 9th, was awarded the indie BRAG Medallion!  She very kindly agreed to be interviewed and has also given one lucky UK follower the opportunity to win their very own copy of "Betrayal"!

1.  The unique selling point of Betrayal is unusual, how did the idea of developing the story come about?
I have been fascinated by time-slip or dual time stories ever since I read  by Barbara Erskine.  I wanted very much to write a novel about the betrayal of Anne Boleyn, but it seemed the story had been told and retold so many times that I didn’t want to write a straight historical novel.  I became obsessed with telling the story as a time-slip, and Betrayal was born.  Historians almost casually mention that a maid-servant gave evidence that was not used in Anne’s trial, but no one knows her name.  I became intrigued with telling her story through the eyes of a modern woman who begins to have nightmares of the maid-servant’s life. But then I realized that Elisabeth had her own story to tell, so I began alternating chapters, first of modern day and her search for the reason behind her terrifying nightmares, and Elisabeth, Anne Boleyn’s body-servant.  And the rest as they say is history.

2. You took a long time to write the story, what challenges did you face?

Yes, Betrayal took more than fifteen years to complete.  The most serious challenge I faced was my lack of confidence that I could tell the story.  In the early years I frequently laid the manuscript (and it was  a manuscript, written in longhand) aside for many reasons: lack of confidence in myself and a serious lack of reference books.  But, I believe I was meant to tell this story as the reference books came to me often, just at the moment I needed them.  I live in a very rural area where library resources are few, so I had to purchase my reference books.  I now have a personal library of some two hundred plus books of English history, of which more than one hundred are on The Tudors alone.

3. How did you research the story? Have you visited , where the second part of Betrayal takes place?
A writer needs more than reference books and maps, she needs the experience of travel to the places she wants to write about.  I have traveled to all of the places I mention in my book several times in an effort to make sure my geography is correct, during which I fell hopelessly in love with , and especially Totnes and its surrounding area.  These trips and the help of my dear friend Christine Ware helped me to learn how to portray places and people correctly, a must for Betrayal’s correct “English” feel.

4. What made you decide to write historical fiction bearing in mind the research can be overwhelming?
I don’t think I so much decided to write historical fiction as try to tell the story that was within me.  If I had thought about the amount of research, writing, and re-writing involved I probably wouldn’t have attempted it.  To be honest, I feel this book chose me to write it instead of the other way around.  I began writing in the early 1990’s but put it away many times feeling unworthy to the task.  But, then a new book would come into my hands and it seemed The Muse would not let it rest.  I felt driven to learn all I could to be able to tell the story properly.
There is nothing worse as far as I am concerned than historical novels where the history is incorrect.  It is a disservice to future generations to ‘make-up’ history.  There is ample fact to be used to make the story interesting. I enjoyed the research, it has become a part of who I am. 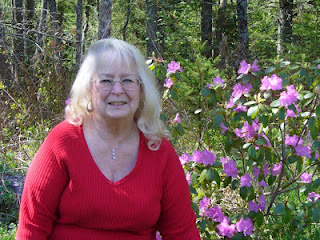 5.  Are you planning to continue the story of and her female ancestors?
Yes,  I am now researching a sequel to Betrayal, tentatively entitled Beyond Betrayal, which will follow the next generation, ’s daughter, Kate, as she searches for Elisabeth’s missing daughter (missing from the family records, that is).  Like Betrayal, this new book will be told in alternating chapters following both women’s lives: Kate in twenty-first century and Mary-Elisabeth at the Court of the imprisoned Mary, Queen of Scots.

6. What advice would you give to someone ploughing through their first manuscript, or trying to write?
NEVER GIVE UP!  I believe that everybody has a book inside, but, only a few will listen to The Muse as she whispers in their ear.  In our insecurity we often allow others to steal our dream.  People chuckle when we say we are writing a book and the dream slips away. Or we reach an impasse in the story, begin to feel unworthy, and the dream slips away.  Don’t give up - if you are stuck, lay the manuscript aside for a while, new ideas will come to you. Writing your book will be the most frustrating thing you will ever do, but, it will also be the most fulfilling.  Go for it!

7. Fun question - which three historical figures would you like to have dinner with and why?
Only three?  Oh my, there are so many historical figures I would love to have dinner with.  There is Gandhi and Eleanor Roosevelt , two people I admire intensely for their stand on human dignity.  They had, and in fact, still have a lot to teach us.  Of course, there is Henry VIII and Anne Boleyn: I would love to know the truth about them. I would love to know if he really was the villain historians have made him out to be.  No one is truly all bad or all good.  But I can think of so many others: Albert Einstein, Mozart, Nicholas II, and Queen Victoria amongst many others. So perhaps you had better plan a banquet and I’ll get started on the guest list.

8. Fun question - which incident in history would you like to be a fly on the wall at, and why?
Again there are so many choices.  I’d like to be a fly on the wall when Beethoven premiered his Ninth Symphony in on May 7, 1824.  It is, for me, a truly amazing piece of music.  To be in ’s Karntnertortheater (we once stood outside this beautiful building) and hear his music performed under his baton would be an experience I would never forget.  To know that Beethoven was completely deaf at the time and could only feel the vibration of the instruments is truly amazing. Yes, I would want to be there.

Thank you Stuart, for the opportunity to do this interview with you.

Michele has kindly provided an eBook copy of "Betrayal" to be given away to one lucky reader of Sir Read-A-Lot!  To enter, please do one of the following:

1.  Email sirreadalot@yahoo.co.uk with BETRAYAL GIVEAWAY as a subject header.
2.  Send me a direct message on Twitter (@SirReadalotUK) or on my Facebook page.
3.  Leave a comment on my review of Betrayal wich can be found here (insert link).
4.  You can get extra entries by sharing/retweeting/promoting the competition on whichever social media platforms you use, up to a maximum of 3 entry tickets per person.  You must email me and tell me how you have promoted the giveaway to receive your extra entries.  Closing date midday Friday 20th July.
5.  Due to an agreement with the author, this competition is open to residents of the UK & Ireland only.

Thank you and good luck!
Posted by Unknown at 14:38